For a full list of credits, please see below. 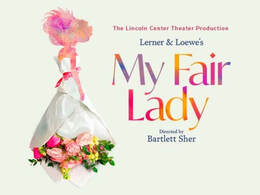 MY FAIR LADY   Associate Musical Director
UK Tour
​​
The Lincoln Center Theater’s critically acclaimed, multi-award-winning production of My Fair Lady is touring the UK in 2022-23 after its successful West End season at the London Coliseum.

A sequin-soaked celebration of the Queer communities of Rhondda Cynon Taf.

Who are the Queer people of Rhondda Cynon Taf? How do they celebrate their identities? What does Queerness mean to them?

​RUST  Director/Composer
Edinburgh Fringe 2019
​
​Rust follows 20-year-old Evie over a month in rehab following a mental health crisis. Candid and sharp, the musical explores her relationships with the other patients, who range from a twenty-something alcoholic to a cynical, middle-aged drag queen. The audience joins them in the immensely difficult but inexpressibly worthwhile process of recovery and how it feels to realise that you still remember how to laugh.

"Occasionally, there is a show that stands out on every single level. This is one." - ​MTR 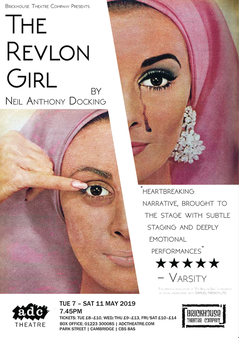 THE REVLON GIRL   Director
Brickhouse Theatre, Cambridge (transfer to ADC Theatre)
​
Set eight months after the Aberfan Disaster, 'The Revlon Girl' tells the true story of a group of bereaved mothers who met every week above a local hotel to talk, cry and laugh without feeling guilty.

​Feeling like they’ve let themselves go, and fearing that other people might think them frivolous, they secretly arrange for a Revlon representative to give a talk on beauty tips. 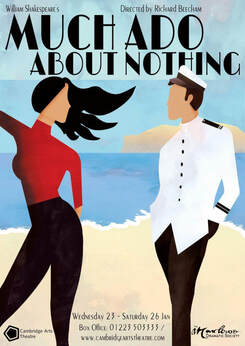 MUCH ADO ABOUT NOTHING  Assistant Director/Dance Captain
Cambridge Arts Theatre
​
Sparks fly in the Sicilian sunshine, but romance won’t win easily in this feisty comedy.

One of Shakespeare’s most popular plays, Much Ado About Nothing marries witticism with sharp edge, introducing us to two of Shakespeare’s most loquacious lovers: Benedick and Beatrice. A vivid and compelling tale, this romantic comedy explores the nature of love, and asks whether romance alone can truly overcome the obstacles of family, society, honour and deception.

THE GINGERBEAD MAN   Composer
Cambridge Footlights Pantomime
​
‘Run, run as fast as you can. You can't catch me. I'm the Gingerbread Man.’

Gingie has been running his whole life. But when the evil venture-capitalist Mrs Badbury and the jaded Milky Bar Kid combine forces to convert Quality Street from a halcyon glade of flavour equality to a mass-producing, soul-destroying factory, Gingie must finally stop and bite back. Will he be able to stop the baddie’s plan to turn the moon into a crème egg for profit? Will Flake finally decide to show up? Does anybody actually like Bounty?

★​★​★​★​★ (Varsity, The Cambridge Student, The Tab)
​
"The highlight of the show was Geraint Owen's compositions - a truly impressive score." 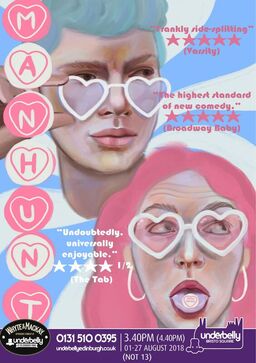 MANHUNT   Director
Underbelly, Edinburgh Fringe
​
Best friends Emmeline and Leo are really lonely. It’s not like, an “issue”, per se? It’s just making them both quite depressed. So they’ve decided they’re going to find a lover. One each, ideally.

Join this Cambridge comedy double-act for an hour of characters, sketches and desperation as they search for the perfect man. Because there’s someone out there for everyone, right? All you have to do is hunt them down. 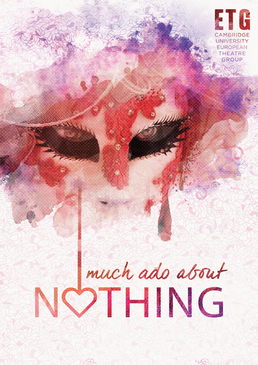 ​MUCH ADO ABOUT NOTHING   Director
Venues across Europe (inc. Cockpit Theatre, London)
​
The war is over and a carnivalesque celebration emerges, with memories of fighting soon giving way to frolics and flamboyance.

‘Much Ado About Nothing’, one of Shakespeare’s most widely loved comedies, weaves wit, gossip, deception and revenge into the ultimate quest for romance.

Welcome to the Carnival: prepare yourself for an explosive feast of masquerade and spectacle.